Posted on February 5, 2023
“Political repression of communists, peace activists and progressive forces is common in both Ukraine and Russia. If Russians do it, it’s a travesty, yet when Ukrainians do it, they’re spreading democracy and representing European values.

Member states are divided on speeding up accession for Ukraine, and rightly so, the levels of corruption is comical.”

In 2021, however, the Russian Ministry of Culture downgraded the memorial complex at Katyn on its Register of Sites of Cultural Heritage from a place of federal to one of only regional importance.[144] Such decisions, says the preface to the site, are made in consultation with the regional authorities, i.e. the Smolensk Region administration.

In June 2022, Russia removed the Polish flag from the memorial complex, amidst a rise in Russia–Poland political tension due to the 2022 Russian invasion of Ukraine.[145]

If I were a Pole I’d be furious.

No narrative did more to shape Trump’s relations with the press than Russiagate. The story, which included the Steele dossier and the Mueller report among other totemic moments, resulted in Pulitzer Prizes as well as embarrassing retractions and damaged careers. For Trump, the press’s pursuit of the Russia story convinced him that any sort of normal relationship with the press was impossible.

For the past year and a half, CJR has been examining the American media’s coverage of Trump and Russia in granular detail, and what it means as the country enters a new political cycle. Investigative reporter Jeff Gerth interviewed dozens of people at the center of the story—editors and reporters, Trump himself, and others in his orbit.

The result is an encyclopedic look at one of the most consequential moments in American media history.

You were my beginning and again I am with you, here, where I learned the four quarters of the globe.

Whenever I wandered, through whatever continents, my face was always turned to the River.

Feeling in my mouth the taste and the scent of the rosewhite flesh of calamus.

Hearing old pagan songs of harvesters returning from the fields, while the sun on quiet evenings was dying out behind the hills.

In the greenery gone wild I could still locate the place of an arbor where you forced me to draw my first awkward letters.

And I would try to escape to my hideouts, for I was certain that I would never learn how to write.

I did not expect, either, to learn that though bones fall into dust, and dozens of years pass, there is still the same presence.

That we could, as we do, live in the realm of eternal mirrors, working our way at the same time through unmowed grasses.

You held the reins and we were riding, you and me, in a one-horse britzka, for a visit to the big village by the forest.

The branches of its apple trees and pear trees were bowed down under the weight of fruits, ornate carved porches stood out above little gardens of mallow and rue.

Your former pupils, now farmers, entertained us with talks of crops, women showed their looms and deliberated with you about the colors of the warp and the woof.

On the table slices of ham and sausage, a honeycomb in a clay bowl, and I was drinking kvas from a tin cup.

I asked the director of the collective farm to show me that village; he took me to fields empty up to the edge of the forest, stopping the car before a huge boulder.

“Here was the village Peiksva” he said, not without triumph in his voice, as is usual with those on the winning side.

I noticed that one part of the boulder was hacked away, somebody had tried to smash the stone with a hammer, so that not even that trace might remain.

I ran out in a summer dawn into the voices of the birds, and I returned, but between the two moments I created my work.

Even though it was so difficult to pull up the stick of n, so it joined the stick of u or to dare building a bridge between r and z.

I kept a reedlike penholder and dipped its nib in the ink, a wandering scribe, with an ink pot at his belt.

Now I think one’s work stands in the stead of happiness and becomes twisted by horror and pity.

Yet the spirit of this place must be contained in my work, just as it is contained in you who were led by it since childhood.

Garlands of oak leaves, the ave-bell calling for the May service, I wanted to be good and not to walk among the sinners.

But now when I try to remember how it was, there is only a pit, and it’s so dark, I cannot understand a thing.

All we know is that sin exists and punishment exists, whatever philosophers would like us to believe.

If only my work were of use to people and of more weight than is my evil.

You alone, wise and just, would know how to calm me, explaining that I did as much as I could.

That the gate of the Black Garden closes, peace, peace, what is finished is finished. 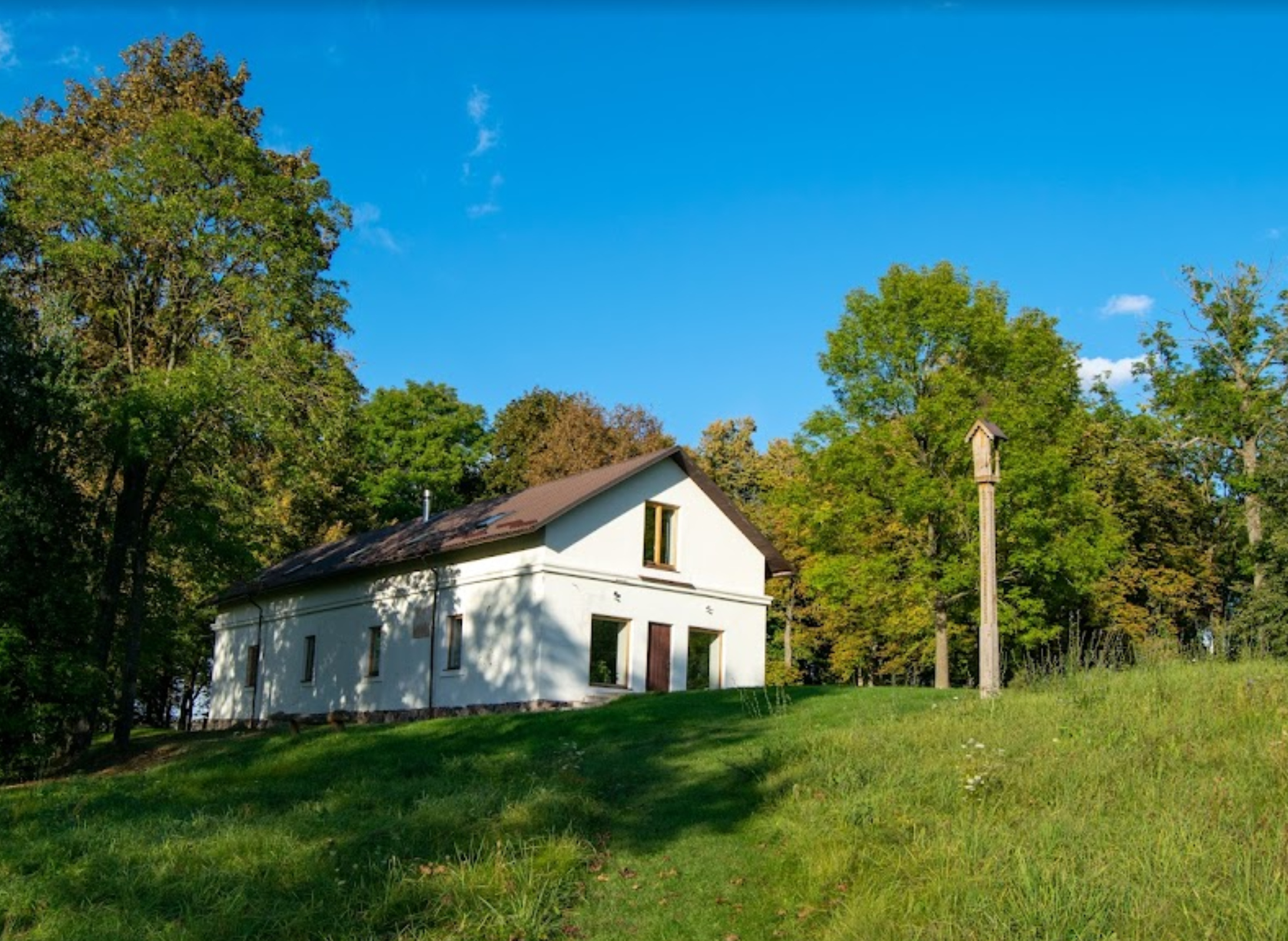 There is something shockingly ambiguous about the jealous way in which survivors insist on their exclusive rights to the Holocaust as intellectual property, as though they’d come into possession of some great and unique secret; as though they were protecting some unheard-of treasure from decay and (especially) from willful damage. Only they are able to guard it from decay, through the strength of their memory. But how are they to respond to the damage wrought by others, to the Holocaust’s appropriation by others, to all the falsifications and sundry manipula­tions, and above all to that most powerful of enemies, the passage of time itself? Furtive glances cling to every line of every book on the Holocaust, to every foot of every film where the Holocaust is mentioned. Is the representation plausible, the history exact? Did we really say that, feel that way? Is that really where the latrine stood, in precisely that corner of the barracks? Were the roll-calls, the hunger, the selections of victims really like that? And so on, and so on. . . . But why are we so keenly interested in all the embarrassing and painful details, rather than just trying to forget them all as soon as possible? It seems that, with the dying-away of the living sensation of the Holocaust, all the unimaginable pain and sorrow live on as a single, unified value—a value to which one not only clings more strongly than to any other, but which one will also see generally recognized and accepted.

And herein lies the ambiguity. For the Holocaust to become with time a real part of European (or at least western European) public consciousness, the price inevitably extracted in exchange for public notoriety had to be paid. Thus we immediately got a stylization of the Holocaust, a stylization which has by now grown to nearly unbearable dimensions. The word “Holocaust” is already a stylization, an affected abstraction from more brutal-sounding terms like “extermination camp” or “Final Solution.” Nor should it come as any surprise, as more and more is said about the Holocaust, that its reality—the day to day reality of human extermination—increasingly slips away, out of the realm of the imaginable.

I can count on ten fingers the number of writers who have produced truly great literature of world importance out of the experience of the Holocaust. We seldom meet with the likes of a Paul Celan, a Tadeusz Borowski, a Primo Levi, a Jean Améry, a Ruth Klüger, a Claude Lanzmann, or a Miklós Radóti.

More and more often, the Holocaust is stolen from its guardians and made into cheap consumer goods. Or else it is institutionalized, and around it is built a moral-political ritual, complete with a new and often phony language. Certain words come to be compelled by public discourse, and almost automatically set off the Holocaust-reflex in the listener or the reader. In every way possible and impossible, the Holocaust is rendered alien to human beings.

I know that many will not agree with me when I apply the term “kitsch” to Spielberg’s Schindler’s List. It is said that Spielberg has in fact done a great service, considering that his film lured millions into the movie theaters, including many who otherwise would never have been interested in the subject of the Holocaust. That might be true. But why should I, as a Holocaust survivor and as one in possession of a broader experience of terror, be pleased when more and more people see these experiences reproduced on the big screen—and falsified at that? It is obvious that the American Spielberg, who incidentally wasn’t even born until after the war, has and can have no idea of the authentic reality of a Nazi concentration camp. Why, then, does he struggle so hard to make his representation of a world he does not know seem authentic in every detail? The most important message of this black-and-white film comes, I think, at the end, with the appearance in color of a triumphant crowd of people. But I also regard as kitsch any representation of the Holocaust that fails to imply the wide-ranging ethical consequences of Auschwitz, and from which the PERSON in capital letters (and with it the idea of the Human as such) emerges from the camps healthy and unharmed. If this were really possible, we wouldn’t still be talking about the Holocaust, or at any rate would speak about it as we might discuss some event of which we have only a distant historical memory, like, say, the Battle of El-Alamein. I regard as kitsch any representation of the Holocaust that is incapable of understanding or unwilling to understand the organic connection between our own deformed mode of life (whether in the private sphere or on the level of “civilization” as such) and the very possibility of the Holocaust. Here I have in mind those representations that seek to establish the Holocaust once and for all as something foreign to human nature; that seek to drive the Holocaust out of the realm of human experience. I would also use the term kitsch to describe those works where Auschwitz is regarded as simply a matter concerning Germans and Jews, and thereby reduced to something like the fatal incompatibility of two groups; when the political and psychological anatomy of modern totalitarianism more generally is disregarded; when Auschwitz is not seen as a universal experience, but reduced to whatever immediately “hits the eye.”